“A citizen developer is a user who creates new business applications for consumption by others using development and run-time environments sanctioned by corporate IT.” -Gartner

Gather round the cubicle folks, it’s time for an “old IT guy” story. I spent many years in my career working for Telecommunications companies. There are many interesting cultural realities in Telcos which sometimes meant that being innovative required stretching the rules a bit, if not outright breaking them. Budgets were built out a year in advance, and often there would be reorganizations that would lead to groups with entirely different purposes and team composition than when the project got started.

The IT structure was one setup like a cost-center and use of IT services came out of a department’s budget. Bureaucracy and rules sometimes seemed to serve to preserve the status quo and stifle innovation.

In such restrictive environments, managers often sought creative solutions to get the resources they needed to perform their jobs better. Often critical job functions were managed with Excel spreadsheets and Microsoft Access database tools.

I worked at a web-hosting branch of such a Telco back in the early 2000s and it came to pass that a reorganization put me into a new job role where I was managing vendors to do the tasks I used to do myself. I had access to several servers that were now unused and I had the skills to do web development, so my manager asked if I could find a more scalable solution to our team’s workflow challenges. So I became a stealth developer. (The term citizen developer hadn’t been coined yet — and it wasn’t quite what I was.)

The department was eventually running their entire workflow on a server sitting under my desk. As our team managed to make our quotas, the manager worked to get our stealth system legitimized and we eventually ported the software off of the server under my desk to a production system with backups and a staging environment. This took several years, but it was a successful effort and gave us the tools we needed without blowing our budget or making us wait for a year to get the software developed by contractors.

This wasn’t by any means unique to our department. Across the breadth of the company this scenario was played out again and again as different managers either heard of others doing the same thing or organically came up with the same fix on their own. There’s another term for the results of this kind of scenario: Shadow IT.

As a fan of innovation, it’s often easy for me to think of the benefits of new tools without thinking about the risks. A home brew amateur program built outside of the governance of the IT department might have security holes, might improperly house client data, might be buggy or harmful — there are countless things that can go wrong. On the flip side, a working tool from this environment might be viewed as a prototype or stop-gap tool that proves the value of investment in the effort is worthwhile.

The conservative CIO might want to enforce a draconian scorched earth policy of “no stealth development.” And innovation will be suffocated. (Not only that, but it is likely that the stealth innovation will still go on — even stealthier.) The overly open-minded CIO might find that they have an incompatible jungle of home brew solutions. (At one Telco I worked at there were thirty different apps that departments used which eventually had to all be made to work on a single Windows desktop image. It was…perilous. Some of the fragility of these apps required specific hardware builds and chip-sets on the desktop! Don’t fret — this was the 90s and Windows has improved a lot to prevent this kind of issue.)

There is a better way.

I’ve seen the future of Stealth IT tools and I wish I’d had access to something like this when I was code-slinging back in the day.

Now it is possible to setup a powerful, easy to use development platform that will allow coders with just a little experience and a lot of business knowledge to turn that into fully functional, secure yet API-enabled tools. Instead of fighting against Stealth IT, your organization can embrace the innovators in your ranks and empower them to make your company better and faster yet also maintain administrative oversight within your IT organization.

At Apex, we’ve been developing such a tool and are already using it to knock out applications quickly and efficiently with the bulk of the coding work already done by the tool. The repetitive stuff that takes up such needless time with many applications is already built in and it is possible to model just about any kind of business need. The apps are web enabled, responsively designed for mobile use, and built on solid modern software libraries and secure cloud hosting.

By implementing an easy-to-use development tool your company can enable in-house solutions without fear of the consequences. You can build an ecosystem that promotes innovation without anarchy. 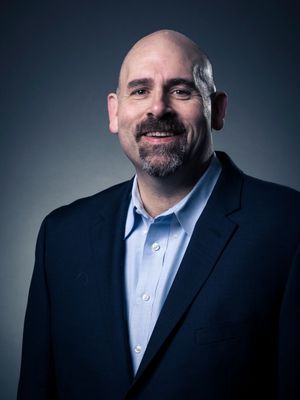